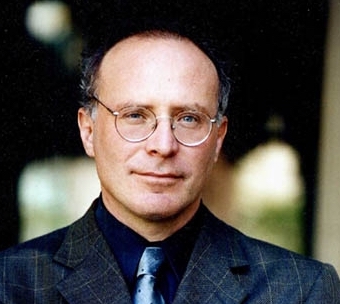 Roger Waldinger is Distinguished Professor of Sociology at UCLA.

Roger Waldinger, Professor (Ph.D. Harvard) works on international migration: its social, political, and economic consequences; the policies and politics emerging in response to its advent; the links between immigrants and the countries and people they have left behind.  He is the author of over 100 articles and book chapters and seven books, including Still the Promised City?  New Immigrants and African-Americans in Post-Industrial New York (Cambridge, MA: Harvard University Press, 1996) and Ethnic Los Angeles (edited with Mehdi Bozorgmehr, New York: Russell Sage Foundation Press, 1996), both winners of scholarly prizes.

Waldinger’s latest book, The Cross-Border Connection: Immigrants, Emigrants, and their Homelands, will be published by Harvard University Press in 2015.  The Cross-Border Connection addresses a paradox at the core of the migratory phenomenon: emigrants departing one society become immigrants in another, tying those two societies together. With book, Waldinger explains how interconnections between place of origin and destination are built and maintained and why they eventually fall apart. Newcomers to the developed world find that migration is a good thing and they send some of these benefits back to relatives as remittances. Residing in a democratic state, emigrants mobilize to produce change in the homelands they left, while emigration states extend their influence across boundaries to protect nationals and retain their loyalty. Time, however, proves corrosive, and most immigrants and their descendants become disconnected from their place of origin, reorienting their concerns to their new home.

The Cross-Border Connection builds on a series of recent publications, including: “The politics of cross-border engagement: Mexican emigrants and the Mexican state,” Theory and Society (2014);  “Engaging from abroad: The sociology of emigrant politics,” Migration Studies, forthcoming; “Crossing Borders: International Migration in the New Century,” Contemporary Sociology, V42, 3 (2013): 349-63; and “The bounded polity: The limits to Mexican emigrant political participation,” (with Thomas Soehl), Social Forces, V 91, 4 (2013): 1239-1266.

Waldinger, in collaboration with the historian, Nancy L. Green, is also completing an edited book, A Century of Transnationalism: Immigrants and their Homeland Connections, to be published by the University of Illinois Press.  Bringing together an international group of sociologists and historians, this book builds on both the contributions and critiques of the transnational perspective in order to shed new light on the cross-border activities of migrants and states over the past century. Showing that shifts in the type, intensity, and form of cross-border connections occurred with different temporalities and across a variety of dimensions and by extending the scope beyond the United States to include the Americas, as well as migrations from and to Europe, the book demonstrates how transnational phenomena take similar form across a variety of contexts, all the while influenced by historically and socially specific factors.  Two related essays, Emigrants and Emigration States: A Historical Perspective and  “Immigrant ‘Transnationalism’ and the Presence of the Past” (Elliott Barkan, et. al., eds. Borders, Boundaries, And Bonds: America And Its Immigrants In Eras Of Globalization, New York: New York University Press, 2008: 267-285), engage with the issues to be raised in this new book.

Waldinger served as Interim Associate Vice-Provost for International Studies, 2010-2012; Chair of the Department of Sociology from 1999-2004; and Director of the Lewis Center for Regional Policy Studies, UCLA School of Public Affairs from 1995-1998.  He is a regular instructor in the year-long graduate, sociology seminar on international migration in comparative perspective. He has taught all three quarters: the first, on theory, history, and policy; the second, on economic and social incorporation; the third, a research seminar. He is also co-organizer of the UCLA Program on International Migration, an interdisciplinary, cross-campus program seeking to focus research and instruction on international migration.

Many of Waldinger’s publications are available for free download from this homepage, as well as from his SelectedWorks page at bepress and the working paper series maintained by the UCLA Program on International Migration.

“Between “here” and “there”: Immigrant cross-border activities and loyalties,” International Migration Review, Vol. 42 No. 1 Spring 2008.

“Immigrant ‘Transnationalism’ and the Presence of the Past,” in Elliott Barkan, et. al., eds. Borders, Boundaries, And Bonds: America And Its Immigrants In Eras Of Globalization, New York: New York University Press, forthcoming.

“The Sociology of Immigration: Second Thoughts and Reconsiderations,” in Host Societies and the Reception of Immigrants, edited by Jeffrey G. Reitz. San Diego: Center for Comparative Immigration Research, 2003.

“Networks and Niches: The Continuing Significance of Ethnic Connections” in Glenn Loury, Tariq Modood and Steven Teles, Race, Ethnicity and Social Mobility in the US and UK, New York: Cambridge University Press, 2003

How the Other Half Works: Immigration and the Social Organization of Labor (with Michael Lichter), Berkeley: University of California Press, 2003.

Through the Eye of the Needle: Immigrants and Enterprise in New York’s Garment Trades (New York University Press, 1986; paper, 1989).