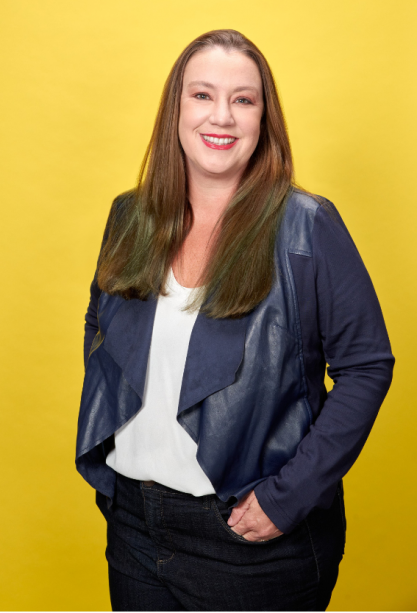 Jeremi Gorman is chief business officer at Snap Inc., where she is a member of the executive team and is responsible for revenue and revenue operations, leading global sales, creative strategy and Snap’s newest creative studio for augmented reality, Arcadia. She has spent her entire career in tech, with leadership positions at Monster.com and Yahoo! Prior to joining Snap, she spent nearly seven years at Amazon, where she led global enterprise advertising sales.

Gorman is a proud 1999 graduate of UCLA in sociology. She serves on the Dean’s Advisory Board for the UCLA Division of Social Sciences, the board of directors of Samba TV, and the board of Women for Women International. A travel-lover and thrill-seeker, Gorman has traveled to over 50 countries, with a goal to double that.

The Sociology department will contact students once commencement tickets become available. Until then, we encourage graduating students to check their Degree Audit Reports to ensure all degree requirements will be met. We also recommend making sure your graduation term is set correctly on MyUCLA (Academics tab >> Declare Expectancy Term).

The College of Letters & Science has information posted on their website for graduating students. We recommend reviewing the Graduation Checklist https://caac.ucla.edu/academic-planning/graduation-commencement/#tab-id-5 and all necessary tabs. If you are student completing your degree in Summer 2022, you will automatically be included to “walk” during the Spring 2022 ceremony if you completed at least 148 units at the end of Winter 2022. If you are a student completing their degree in Summer 2022 but you did not have 148 units at the end of Winter OR if you are a student completing your degree in Fall 2022, you will need to submit a Special Inclusion Petition to participate in the upcoming Spring 2022 ceremony. Please note this petition must be sent to your College counseling unit, the Sociology department does not review this type of petition https://caac.ucla.edu/academic-planning/graduation-commencement/#tab-id-2.

Although on-campus commencement ceremonies are not possible given current conditions, we in the Sociology Department don’t want to let the quarter end without marking your tremendous achievement!

Bradley Burnam is founder and CEO of Turn Therapeutics™, a $250m+ pharmaceutical organization responsible for multiple standard of care products in chronic wound care and dermatology. In an attempt to treat his own hospital acquired skin infection, he developed PermaFusion™, a revolutionary delivery system based upon a first-of-its-kind fusion of liquid in oil. PermaFusion™ enabled Burnam to create Turn’s first product, Hexagen™ Wound Dressing.

After singlehandedly facilitating Turn’s first two FDA clearances, Burnam brought on a team of physicians and executives from the nation’s top venture firms, pharmaceutical organizations and government agencies to help build the company to its current prominence. Turn has multiple, additional products created by Burnam in clinical trials and is working directly with government agencies and universities to combat resistant microbes on a global scale.

Burnam’s story has been featured on Bloomberg and Fox Business News and in publications like Forbes Magazine. In addition to his UCLA Sociology degree, he holds a master’s degree from Stanford University.

Nancy Hirsch Rubin served as U.S. Ambassador to the United Nations Commission on Human Rights during the Clinton administration. She has been a teacher, public servant and global champion for human rights, social justice, public service and mental health.

She began her career as a teacher in the Los Angeles Unified School District before going into public service. She worked for the Corporation for National and Community Service and helped build AmeriCorps, which has engaged over 800,000 young Americans in public service programs since 1994.

Rubin was a director of the International Human Rights Law Group and chaired election observation for countries making the transition to democracy. She served on the Leadership Council for Amnesty International and chaired the Committee on Women, Law  and Development, which built legal literacy clinics in Asia, Africa and Latin America. She served on the Brookings Institution’s expert committee on UN Human Rights Mechanisms and is a member of the Council on Foreign Relations.

Rubin is a director of the National Democratic Institute and previously served as Director of Women for Women International. She is a leader in the ongoing effort to ratify the Convention on the Elimination of all Forms of Discrimination Against Women, and she represented the U.S. at the NGO Forum of the 1985 and 1995 World Conferences on Women. She founded Community Outreach and was the first chair of the National Mental Health Awareness Campaign and served on the board of Didi Hirsch Mental Health Services.

Furthermore, Harris works closely with team President Jeanie Buss, helping maintain relationships with broadcast and corporate partners while having a hand in all Lakers marketing efforts.
Adding to his extensive scope of responsibilities, Harris serves as a Lakers Alternate Governor, and he represents the club at team president meetings.

Beginning his career working for Dr. Jerry Buss in 1990, Harris was tasked with promoting and marketing the team’s arena at the time, The Great Western Forum.  By 1995, after much success in his role, Harris would become Vice President of Marketing for the building.  Following the sale of the Forum in 1997, Harris was responsible for managing the Lakers transition out of Inglewood to the state-of-the-art STAPLES Center as well as the new team training facility.  At the conclusion of the club’s move, Harris was brought on board to focus his efforts strictly on the Lakers, originally serving as Vice President of Sales and Marketing.

A standout soccer player at UCLA, Harris played four seasons as goalkeeper (1980-83), earning second team All-American honors in 1983 and finishing his career ranked third on the school’s career victories list.  He was later named to the UCLA Athletic Department Hall of Fame as one of the school’s 25 all-time greatest athletes.  Harris, who graduated from UCLA with a degree in sociology, went on to play five years professionally (1984-89), including three for the Dr. Buss-owned Los Angeles Lazers of the Major Indoor Soccer League. He was also a member of the United States Men’s National Soccer Team in 1985.

Musician, artist and writer Kim Gordon is an alumna of the UCLA Lab School* and studied art at the Otis Art Institute. Born in Rochester, New York, her family moved to Los Angeles when her father joined the faculty of the UCLA Department of Sociology.

Gordon rose to prominence as the bassist, guitarist and vocalist of the New York City-based alternative rock band Sonic Youth, which she formed with Thurston Moore in 1981. She continued to write and release material with Sonic Youth until the breakup of the band in 2011. She is currently a member, with Bill Nace, of the guitar duo Body/Head.

Gordon is the author of two books: Is It My Body? Selected Texts and Girl in a Band. In 2015, her artwork was the subject of solo exhibitions at the Benaki Museum in Athens and 303 Gallery in New York. In January, she curated the Gagosian booth at the Los Angeles Art Book Fair.

Trisha Cardoso is Executive Vice President, Corporate Communications, of Showtime Networks, Inc.  She serves as the company’s Chief Press Officer, responsible for all national and international corporate and business press outreach, and is the communications liaison with parent company CBS. She also oversees the development and implementation of national public relations campaigns for all Showtime programming including original series, documentaries, music specials, digital initiatives, comedy shows, and sports.

Before joining Showtime, Cardoso established and led a strategic consulting firm, overseeing crisis communications as well as lifestyle and cause-related marketing for diverse industries including entertainment, fashion, philanthropy and travel.  Previously she was Senior Vice President of Publicity and Advertising for the Paramount Television Group.

A great believer in giving back to the community, Cardoso serves on the California board of UNICEF and on the board of the Chuck Lorre Family Foundation.  She is also an active supporter of local charitable causes, including the Saban Free Clinic and One Voice. She resides in Los Angeles with her daughter.

After graduating from UCLA, Susan Kellogg began her fashion career at Macy’s West, where she worked for eight years in several store and buying executive positions. She then moved on to a series of leadership positions with Liz Claiborne Inc. over a nine year period, including from 2004-2007 Susan served as Group President for Bridge and Contemporary Brands with the responsibility for five companies: Juicy Couture, Laundry by Shelli Segal, PrAna, Ellen Tracy and Dana Buchman.

Prior to joining VF, Susan served as CEO of Elie Tahari, Inc., where she significantly increased the contemporary fashion brand’s international and retail business. Currently she is the President of the Contemporary Brands Coalition for VF Corporation, the largest apparel company in the western hemisphere. She is responsible for three brands of the VF portfolio: 7 For All Mankind, Splendid, and Ella Moss (including John Varvatos from ’09-’12). Contemporary Brands Coalition has over 200 retail stores globally and distribution in over 47 countries.